Skip to content
“Six Things you (probably) didn’t know about Stapleford”
A talk by Helen Harwood, 12 March 2019
We were delighted to persuade Helen Harwood, the all-but-official historian of Great Shelford,
to cross the frontier – see, Mr Trump: no wall necessary! – with more Stapleford curiosities.
As she reminded us, the two villages have always been intertwined: her excellent book,
Shelford and the Railways (2012), is as much about Stapleford as Shelford. So she
regaled us with all sorts of fascinating facts – and, Mr Trump, there are such things as facts, not just ‘fake news’ – about our village.
Why does the Shelford/Stapleford boundary have so many strange ‘jinks’in it? Why is Mingle Lane so named? The answer to both these is the medieval layout of the fields, before enclosure in the early nineteenth century, still determining our local geography.
Did you know that between the wars there was a glue factory in the little industrial area at Granta Terrace? In that instance we were glad to hear that a historical feature has disappeared, after seeing the photo of piles of old bones to be processed there: imagine the stench!
An odd feature in a garden in London Road, behind the long flint wall, Helen explained, was the remains of one of the greenhouses where Richard Headley of Stapleford House, a substantial merchant at the dawn of the railway age, grew the flowers that monopolised the prizes in the local shows.
And Dolphin Way recalls the former Dolphin pub: at one stage the government was keen to promote beer-houses, with limited licenses, as a way of diverting people away from establishments that also sold gin.
The last mystery remains unresolved: the origin of the name of Bar Lane. It seems it had nothing to do with a toll bar, but no one could come up with an explanation. Helen hopes to
solve that one too some day.
Several of our members contributed their own memories about Helen’s chosen locations: it was an absorbing and enriching evening for all.
Maureen Street 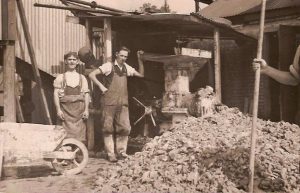 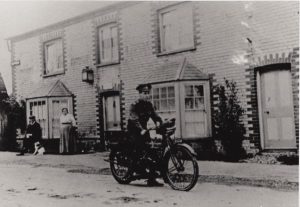